Zaine was at the lowest point in his life when we met him.

He felt overwhelmed by burdens, disillusioned with Islam, and hopeless about his marriage. Two weeks earlier, he had left his wife. Now he was planning to divorce her.

When Zaine responded to a social media ad to learn more about Jesus, my teammate and I connected with him and made plans to get together. We met in a café, where Zaine opened his heart to us.

For years he had been searching for truth. He read Bible passages on social media and felt drawn to Jesus Christ. But his disappointment with life and his anger toward his wife often seemed to stifle his quest for spiritual truth.

Sitting in the café together, my teammate and I prayed for him and gave him a Bible. We agreed to meet again in a week and told him we’d keep praying for him. But we had little idea how powerfully God would reveal His love to Zaine.

By our next meeting a week later, Zaine’s attitude toward his wife had completely changed. He had been devouring the Word, starting in Matthew 5 with Christ’s teaching about grounds for divorce.

Jesus’ words so convicted Zaine that he immediately called his wife and said he wanted to repair their marriage.

“I know that Jesus loves me,” he told us. “I have no doubt about it, because the first verses I read were about God’s best plan for marriage. The Lord wants me to be on the right path—even in my marriage.”

In the Bible, Zaine saw the way of Jesus clearly, and he eagerly embraced new life in Him.

Within days of Zaine’s commitment to follow Christ, the Lord began transforming the new believer’s heart in wonderful ways. God gave him more patience at work. Even his 6-year-old son noticed the difference and wondered why his father wasn’t as angry as normal.

“Now I see Christ clearly,” Zaine said. “And I believe my wife and children will too.” He is full of faith that his family will embrace this new life with him.

“But there is one thing I lack,” he added. “Baptism.” Zaine had read about it in the Injil and wanted to be baptized as soon as possible.

Two days later, we waded into the sea and baptised him.

When he came up from the water, Zaine shouted, “Born again, born again! I’m clean! This is my new birthday!”

Later he told us, “I wish I could tell you what joy I’m feeling inside. Do you know what it’s like to live so many decades and then all of a sudden to be born again into life with Christ?”

Zaine is now sharing the Gospel with his family and co-workers. Pray they will join him in following Jesus.
Ask the Lord to fill Zaine and his family with living hope in the risen King as they face trials and persecution.
Pray for more teams of disciple-makers to be sent to the least-reached places to help Muslims discover the truth of the Gospel.

**This account comes from a long-term worker. For security purposes names have been changed.**

Field Workers Stories from the Field 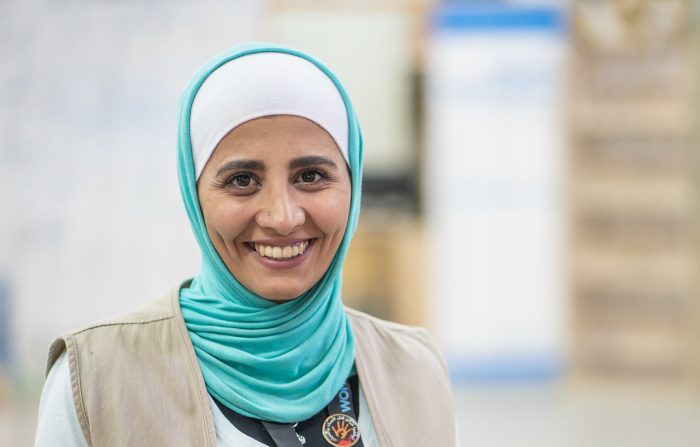 Discover how God is giving a Frontiers team in a Muslim country extraordinary opportunities to help contain the spread of the coronavirus.