Arum is a place designed beautifully by God in Sumatra, Indonesia. It is a mountainous area, perfectly suited for coffee farming. Its people enjoy the richness of the forest and the vastness of the land.

But if you look deeper, you find people in need of the Good News of God. The people of Arum represent just one of the 52 Muslim unreached people groups in Sumatra. It’s also home to members of an Islamic group rebelling against the government of Indonesia.

In 2005, two months after a major natural disaster devastated parts of Sumatra, I joined a month-long relief effort to help the region recover. It was during this time that I first heard about the Arum people, discovering they had no known workers reaching them with the gospel. I went home after a month, but in my heart I knew the Lord wanted me to find a way back to Indonesia. In order to prepare, my wife Karen and I took a course on God’s plan to reach the nations.

We returned briefly to Sumatra to survey the opportunities that God was laying before us. Then in 2008, our team of four adults headed off to Sumatra. My wife and I rented a house in a remote area, just a few hours from the border of Arum by car.

AN ALTERNATIVE TO ISLAMIC SCHOOL

While learning the language, we met local Christian believers in our area. We formed a friendship with one local Christian family; the husband was a doctor in the village. Dr. Malik and his wife Jaime had lived there for many years.  God had given them a vision to reach out to the Muslim people nearby, but they didn’t know how to go about executing that vision. We visited them once or twice a month, often spending long hours in prayer together.

The area where they live is under Islamic law, and the only education available for their children was an Islamic school. We cried together to the Lord over this, until the Lord enabled Dr. Malik and Jaime to establish a kindergarten. This met one of the greatest needs of the Christian minority living in this low-income community. Now they could offer their children an alternative to the Islamic school while helping them grow rooted in God’s word.

In addition to our Frontiers team, God blessed us with local team members from a local Christian community. These believers caught the vision of reaching their Muslim neighbours. We began conducting training and consultations in Discovery Bible Studies and Disciple Making Movements with them and brought in others to help teach. Now we regularly meet for prayer and devote ourselves to the principles laid out in Acts 2:42. They continue to build redemptive relationships with their Muslim neighbours for the sake of the gospel. We regularly hear stories about the faithfulness of God in their lives and how the Lord is enabling them to connect and minister to their Muslim friends.

Even as we trained and encouraged these local believers, our intention to eventually go to the Muslim people of Arum remained the same. We’d still had no opportunity to go there and had prayed for God’s perfect timing to open the right doors.

THE DOOR TO ARUM OPENS

This he did when I attended a prayer gathering for local and foreign workers who felt called to reach the Muslims of Sumatra. At this gathering I met two Indonesian Christian couples who were living in Arum. Lee and Nadia had been sent by their fellowship to plant a church in Arum, but after two years, their support ended. In order to survive, Lee worked on a coffee farm. The other couple, Ivan and Farida, had bought a piece of land and made their living as farmers.

These two couples live in rural areas where they’ve integrated themselves into community with other farmers. They have been accepted in the community and even started a small farmers’ cooperative. This has saved small farmers from being taken advantage of by middlemen at the markets.

We have seen the hand of the Lord working in and through these couples. One time, a young lady in their village was bleeding for months. An old woman came to her, telling her that she was once sick, but thanks to a Christian couple (Ivan & Farida) who prayed for her, she was healed. She asked the young lady if she would like them to pray over her, too. The young lady agreed. Farida told the afflicted young lady the story about a woman who was bleeding for 12 years and was healed by Jesus. Farida then asked her if she would allow her to pray in the name of Jesus. In faith, the young lady said yes and after a few days, she was healed.

God has also given Ivan and Lee skills in integrated organic farming, which they have used to bless the people in the village. Their techniques in coffee and vegetable farming have become a model for the community. Local farmers were using chemical fertilizers, but Ivan and Lee were able to encourage them to switch to organic methods.

Now Ivan and Lee are discipling two farmers, teaching them the techniques of organic farming while also discipling them as they choose to follow Jesus.

We firmly believe that the Lord is working in the lives of local Christians in the entire Sumatra region. Moreover, we believe there are even more people like Lee & Nadia, Ivan & Farida —people who have the heart to reach their neighbours for the Lord. However, they desperately need someone to come alongside them to coach and encourage them.

God has given us that role to play.  At first, they were discouraged because they had no resources, no support, and no training. We were able to come alongside these believers and encourage them. Now they are empowered to reach Muslims in their communities, and they know they are not alone in their ministries. 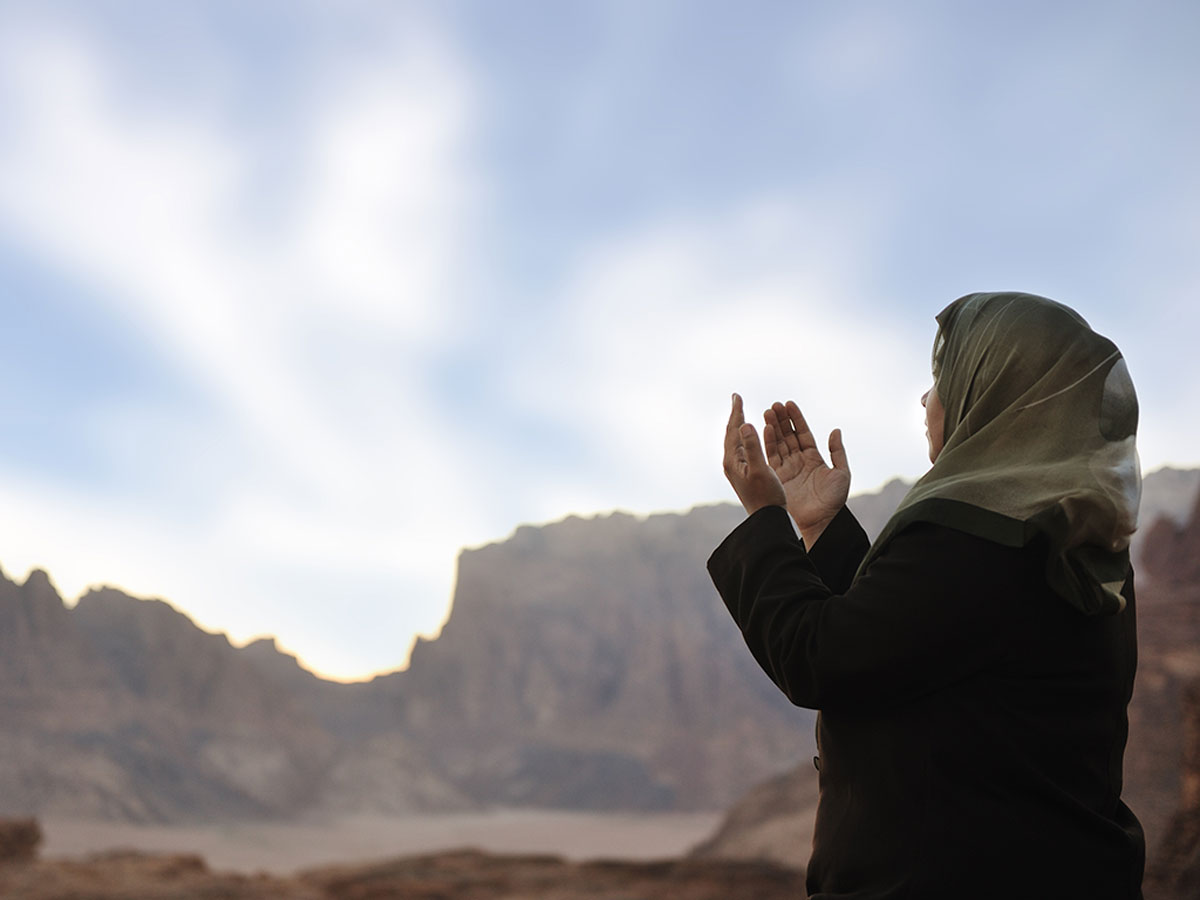 While praying she had dreams and visions of a man in white.